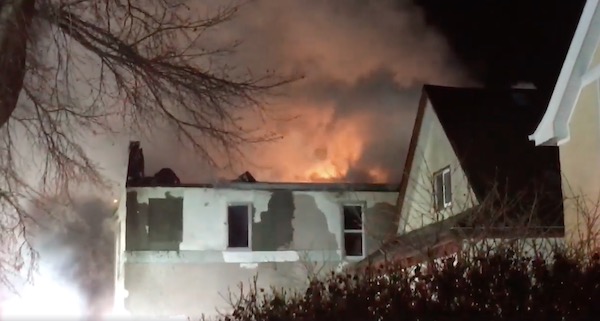 Winnipeg firefighters were on the scene of a West End blaze for approximately three hours Tuesday night when a vacant convenience store went up in flames.

The store in the 800 block of Lipton Street ignited at around 8 p.m. Crews launched an exterior attack due to the conditions being unsafe to enter the two-storey structure.

No injuries were reported and the cause of the fire is under investigation. No damage estimate is available.