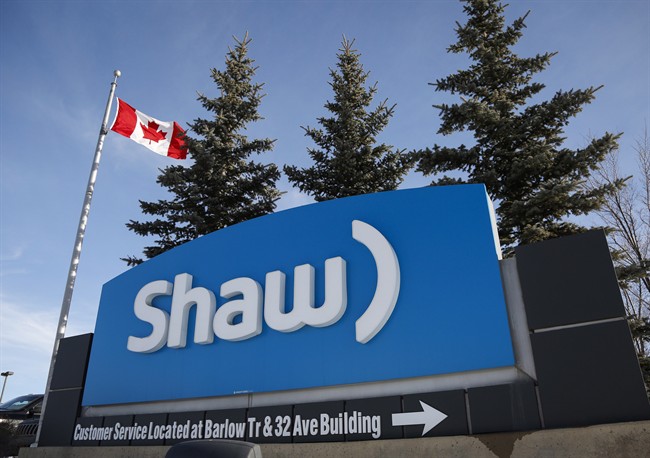 A Shaw Communications sign at the company’s headquarters in Calgary, Wednesday, Jan. 14, 2015. (THE CANADIAN PRESS/Jeff McIntosh)

Call it an early Christmas present for those who use the internet — so, everybody.

Shaw Communications has announced it is doubling the speed of its top internet plans for all new and existing residential customers.

That means customers currently on the company’s Internet 150 plan will be automatically upgraded in the coming weeks to 300 Mbps service. Customers already on an Internet 300 plan will be upgraded to download speeds of 600 Mbps.

Shaw says all new customers will have access to the fastest internet available — four times faster than any other Western Canadian competitor.

“This isn’t a promotion or a one-time offer. This is an unprecedented upgrade to our best internet plans, giving customers even faster speeds to help them use more powerful in-home technology and lead a more connected life,” said Brad Shaw, CEO, Shaw Communications. “No tricks, no gimmicks, just more speed. It’s that simple.”

Shaw’s Internet 300 and 150 plans are $55 and $50 per month, respectively, for the first six months on a two-year, price-guaranteed value plan.