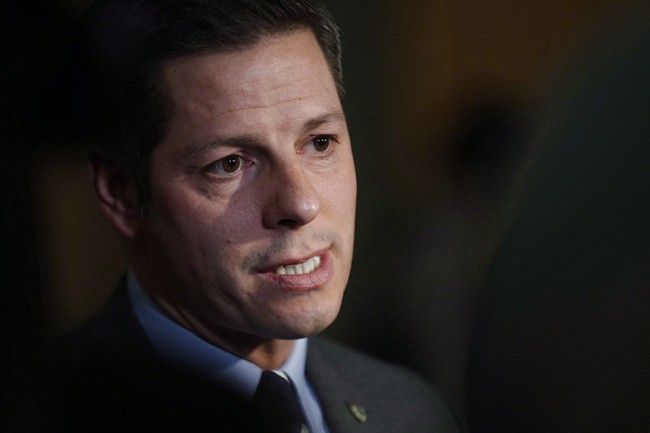 Winnipeg Mayor Brian Bowman speaks to media after the reading of the throne speech at the Manitoba Legislature in Winnipeg on November 20, 2018. (THE CANADIAN PRESS/John Woods)

WINNIPEG — Property taxes are going up, but that increase won’t necessarily mean more funding for the city’s roads.

Mayor Brian Bowman announced the grim news Friday in the City of Winnipeg’s 2019 budget, highlighting a property tax increase of 2.33 percent — accounting for roughly $40 more annually for the average homeowner.

“Preparing this year’s budget was complicated by ongoing uncertainty regarding provincial government funding support to the city,” said Bowman.

“I fully support the provincial government’s efforts to eliminate its budget deficit, but I don’t believe this should be achieved on the backs of Winnipeg property taxpayers.”

The city’s roads budget is being cut to $86.4 million this year as opposed to an original projection of $128.4 million.

Bowman says the decrease is due to an ongoing funding dispute with the provincial government over $40 million owed to the city for infrastructure in 2018.

“This is the city’s new reality,” added Bowman.

The drop in such funding also means a reduction in investments in the pedestrian and cycling program in 2019.

Here's the city's 2019 budget at a glance. pic.twitter.com/CJz6dmUvdV