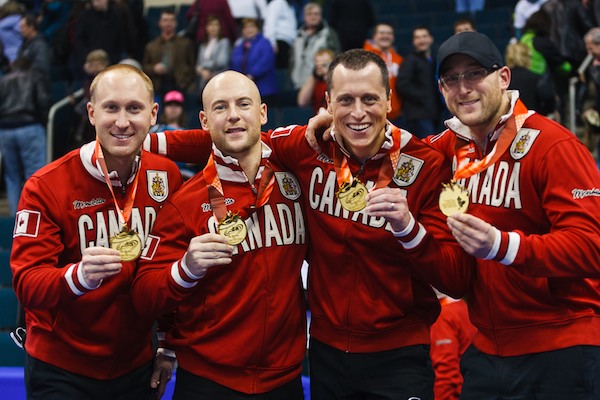 Team Brad Jacobs says that longtime third Ryan Fry will not be returning to the team next season.

In a statement, the team says that Jacobs, Ryan Harnden and E.J. Harnden will continue to play together and that the search is on for a replacement for Fry, who will be “exploring alternative options for next season.”

Fry took a mid-season leave of absence to focus on growth and self-improvement after his ejection from the Red Deer Curling Classic in November.

He was playing at the World Curling Tour event as a substitute for a different team. All four players were disqualified for what organizers called unsportsmanlike behaviour resulting from excessive drinking.

Organizers said Fry broke three brooms and that the team used foul language and was disruptive to other players on the ice.

Fry will play in the team’s two remaining competitions this season. Team Brad Jacobs is ranked second in the country behind reigning Brier champion Kevin Koe.