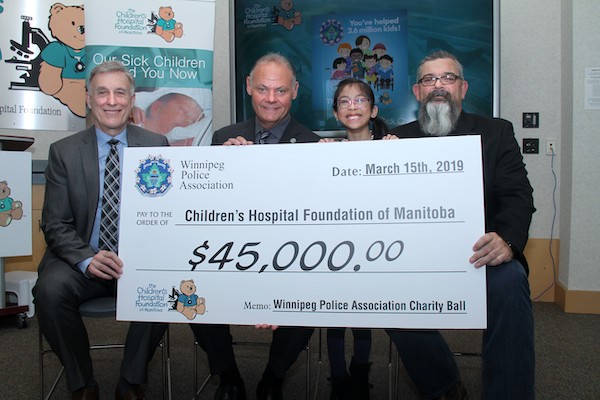 The Winnipeg Police Association made a lofty donation to the Children’s Hospital Foundation of Manitoba on Friday.

The WPA donated $45,000 from its 2018 WPA Charity Ball, which has supported the foundation for more than 30 years.