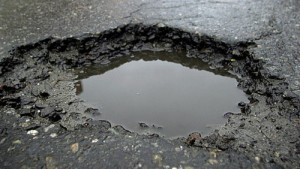 City of Winnipeg crews are in full-on spring mode as the first day of the season rolls around on Wednesday.

Residents are asked to contact 311 to report potholes, or frozen sewer inlets, culverts, and catch basins.

Southern Manitoba is expected to see major flooding this year, prompting the city to work on its flood protection measures. The city is “making preparations for temporary and permanent pumping, closing river gates, and sealing manholes, among other activities,” according to a news release.

Sandbags for overland flooding are also now available for pick up between 8 a.m. and 6 p.m. at the following locations:

Those picking up sandbags must produce photo ID providing their Winnipeg residency.