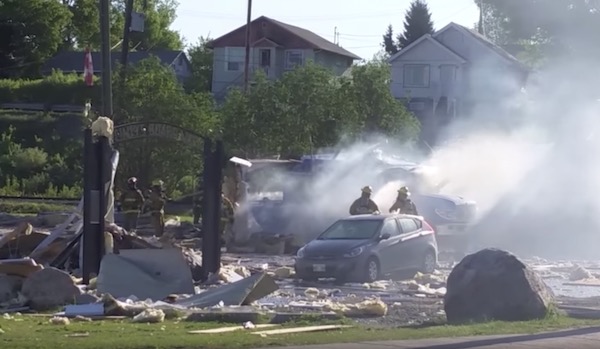 Two Manitoba businesses have been charged and fined more than $107,000 for violations to the Workplace Safety and Health Act and Regulations.

A worker with Superior General Partner was injured in May 2016 when a propane explosion in a maintenance garage spread debris over a city block. The province says public safety was also at risk and the company pleaded guilty. They were ordered to pay a $70,000 fine.

In August 2016, a worker with Imperial Metal Industries Inc. was pinned to the ground by a large steel crane after a link to a chain used to hoist it disengaged. The company pleaded guilty for failing to provide the employee with adequate training and supervision. The company was ordered to pay $37,550 in fines and penalties.

← Previous: Winnipeg Mall's Old Santa Display Raises $5,000 for CRF Next: Wilson-Raybould: I Recorded Phone Call Out of Fear It Would Be 'Inappropriate' →
Tags: Health | Manitoba