Home » Columns » Jackman-Atkinson: ‘I Am Not for Quotation or Attribution’

Jackman-Atkinson: ‘I Am Not for Quotation or Attribution’ 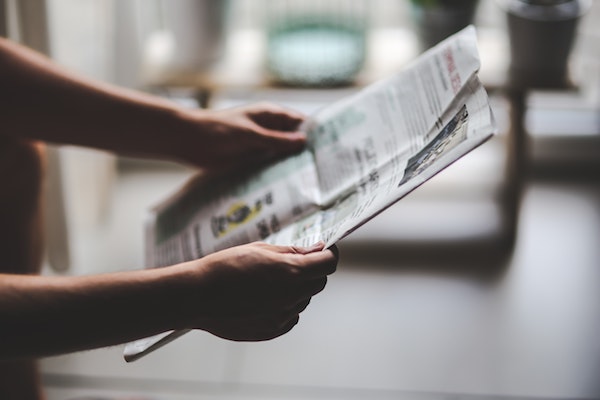 If you work in media, you’ve heard this phrase. Maybe a lot. In fact, you’ve probably heard it almost every time you’ve contacted media relations, at the provincial government at least. It is this phrase that translates into the commonly referenced “a department official” or “a government spokesperson.”

Newspapers work hard to inform readers about the stories that will impact their lives, but we don’t always do a good job informing our readers about what exactly we do in reporting those stories. At a time when citizens are eager for news they can trust, ensuring readers know just who is being quoted is extremely important. We, the media, are being hamstrung at the highest levels.

I find the problem especially bad at the provincial government level, which might just reflect the fact that I don’t cover many stories about the federal government. Our elected representatives are always good to talk to and at a municipal level, you can always find someone who will explain a policy, procedure, background or decision.

That isn’t the case with the province. There, in almost all situations, people within departments will send you to Media Relations — the nameless abyss. In the rare situations where they don’t, perhaps, because they’re speaking at a public meeting or forum, they will often ask to not be quoted by name. There are a few exceptions, for example, those in the Agriculture department are usually helpful, perhaps because much of their job actually involves sharing and disseminating information.

This shift doesn’t help anyone. If I’m writing about a change in policy, I usually can’t talk to the person who developed it in order to understand the implications. I have to talk to Media Relations. They then find the answers to my questions and relay them back to me. I have found the conversations at the end of interviews often yield the most interesting information and we lose this opportunity. Not only is the story one step removed from the source, but I have no idea who the answers came from and while I know the name of the person I talked to in Media Relations, I can’t relay that to my readers.

In almost all cases, we are just looking for information. I wouldn’t expect a public servant within a department to comment about contentious issues, but I would appreciate their insight into the issues and projects that they have developed or been involved in. I would like more information, not less.

At a time when news outlets are working hard to be transparent in our reporting and give readers news stories that they can assess, not having quotes attributed to names is problematic. A recent Columbia Journalism Review survey found that 41 percent of respondents were less likely to believe a story with anonymous sources. This isn’t quite the same as unnamed sources, but it’s a distinction lost on most readers. Without names, we deprive our readers of the ability to assess the story themselves, because they don’t know our sources. We are asking our readers to trust us and they really shouldn’t have to.

I understand the need for a media relations department, but when did government become so scared of people talking to anyone outside of that department? Or was it just a case of governments being lazy and no one pushing back? At a time when we share more and more of ourselves with the world, surely we can get a few mundane details directly from a named person within a government department.