A Cry for Help: Manitoba Farmers Left Waiting in Limbo 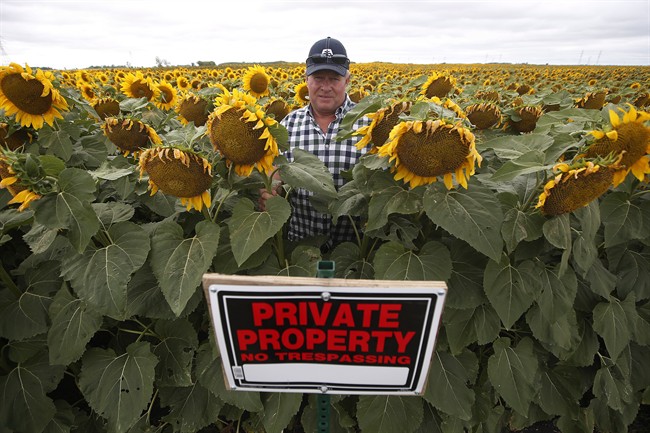 NEEPAWA, Man. — At the end of last month, 12 municipalities in the Interlake and Parkland regions declared a state of agricultural emergency. After a second dry summer, where rainfalls measured about half of normal, cattle producers are facing feed shortages. The hardest-hit municipalities — Alonsa, Armstrong, Bifrost-Riverton, Coldwell, Ethelbert, Fisher, Grahamdale, Lakeshore, McCreary, Ste. Rose, West Interlake and Woodlands — want to make sure senior levels of government understand the serious situation their residents are facing.

In the Municipality of McCreary, hay yields were a quarter to a fifth of average, and their situation isn’t unique. Not only were hay yields down, but the dry summer meant that many producers ran out of pasture and water, as dugouts and wells dried up.

The 12 municipalities are asking for support, in the form of programs to subsidize the purchase and transportation of feed, cost-sharing on the digging of wells and dugouts and the ability to defer income on the sale of breeding animals. With two elections this fall, the creation of any new programs has been on hold.

While the recent rains have bought producers some time, reviving pastures and refilling dugouts, the clock is still ticking. In less than two months, the grazing season will be over and producers looking at their stack-yards will be making tough decisions. Younger producers are better positioned to change their operations, to make use of alternative feeding and management practices. However, older producers and those already thinking about exiting the industry will just sell and few will come back. It’s this possibility that has many municipalities worried, especially those, like McCreary and Ste. Rose, that have an older-than-average population.

Municipalities, and by extension the province, need a diversified agricultural sector. Not only to level out the uncertainty created by market cycles, weather and trade, but also because the province is made up of a variety of land types. Not all land is suitable for growing grain crops — which is why many parts of the Interlake and Parkland are considered “cattle country,” the land is ideally suited to this type of agriculture.

Through MASC (Manitoba Agricultural Services Corporation) and ag offices, the provincial government knows they have a problem and following the election this week, they need to get to work addressing it. More than that, they need to let producers know early what, if any, support they can expect. Producers need to know in the next month if they have any additional options available to them, as they make their plans for winter. The announcement of a new program in December will be of little help to producers, who should be going into winter with their herd size-matched to their available feed supply.

It’s a tough situation — hay is expensive because the province has been impacted by two dry years. Unfortunately, unlike years of flooding, this isn’t a localized problem and there are legitimate concerns about price gouging, fraud and speculation that must be considered with any support programs.

Each year, producers enter and exit the industry, but to see a widespread loss of cattle producers would be devastating to many rural communities and the businesses that rely upon them. Producers need to see some support to ensure the industry as a whole, and the rural communities where the producers live, don’t hollow out. Producers need to know immediately what will be available to them.

The challenges on the farm impact the entire province, even those who’ve never stepped outside the perimeter. Now, it’s time for the province and country to acknowledge the challenges facing producers and the potential impact beyond the farm gate.