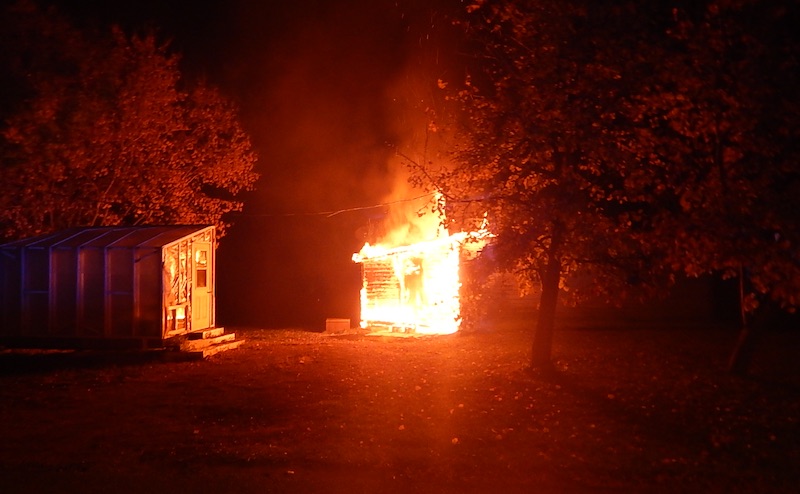 RCMP are investigating a suspected arson at a residence on 2nd Avenue, in the town of Riding Mountain. (RCMP HANDOUT)

Neepawa RCMP are investigating a suspected arson after a home in the town of Riding Mountain was engulfed in flames.

Police said on Friday that the fire on October 10 broke out at around midnight and two suspects were seen in the yard earlier in the night.

“The suspects are seen moving around the yard and close to the house, and appear to be trying to hide,” Mounties said in a release. “During this time several flashes of flames are seen, coming from the west side of the home. At 11:28 pm, the two suspects are seen leaving the area, walking east on 2nd Avenue.”

No injuries were reported and no one was inside the residence at the time of the fire.

Neepawa RCMP along with the Office of the Fire Commissioner continue to investigate.