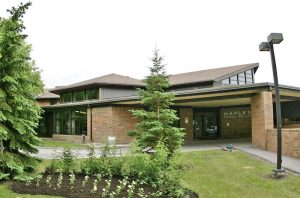 WINNIPEG — The owners of a Winnipeg care home that called paramedics to deal with a crisis of sick and dying patients amid a COVID-19 outbreak later provided false information that hid the extent of a staff shortage, health officials said Monday.

Revera initially said it had 13 of the normal 19 health care aides working the evening shift last Friday at the Maples Personal Care Home, where eight residents died over a 48-hour period and paramedics were called to provide hydration, transport to hospital and other services.

But the actual number of health care aides who were on duty for much of that shift in the 200-bed facility was seven, the Winnipeg Regional Health Authority said Monday.

“It certainly was not fulsome information provided by Revera,” Vickie Kaminski, the authority’s president and CEO, said Monday.

“We will be seeking clarification as to what they knew and when they knew it, and why the information that was provided to us was less than accurate.”

A spokesperson for Revera was not immediately available to comment. The company operates long-term care homes across Canada.

Two of Revera’s Winnipeg properties — Maples and Parkview Place — have been the sites of some of the province’s biggest COVID-19 outbreaks, with a combined total of more than 200 cases and 45 deaths. The Progressive Conservative government promised on Sunday to launch an independent investigation into the two homes.

Kaminski said 12 health-care aides at Maples called in sick or had to stay home to self-isolate for the Friday evening shift. Some of the previous shift’s workers agreed to stay on for a few hours, but they were gone by 7:30 p.m., leaving just seven aides on duty until the next shift at 11 p.m.

When paramedics were called, many residents were deteriorating rapidly. Two died before paramedics arrived, three were transported to hospital and others were treated on site for hours.

Kaminski said the regional health authority will have someone on site at Maples daily to get an accurate picture of the care provided. There will also be a team of health professionals that will visit other care homes at least once a week.

“I don’t know if this is being too alarmist, but I feel like we should gather our pitchforks and our torches and run Revera out of town,” Kinew said.

Monday’s revelation came as Manitoba continued to see a surge in COVID-19 cases. Health officials reported 325 new cases and three additional deaths, continuing a trend that has left Manitoba with the highest per-capita active case count in the country.

The province’s chief public health officer warned that more restrictions may be imposed soon because the COVID-19 numbers are taxing the health-care system.

“We’re at a critical point where we need to change these dynamics,” said Dr. Brent Roussin.

“I’ve met with the premier this morning to discuss the need for further restrictions, and nothing has been off the table.”

More health-care workers have fallen ill, needing time off, and intensive care has been running close to capacity — 80 of the province’s 85 intensive care beds were occupied on Monday.

The province has already tightened restrictions on many public and business activities. Mask use is mandatory in indoor public places and public gatherings are limited to members of a household and five others.

The rules were further tightened last week in the greater Winnipeg area and, as of Monday, in the southern health region. Restaurants and bars have had to close except for takeout and delivery, and most retail stores must operate at 25 per cent capacity.

“We’re discussing now just the nature of restrictions that we need just because we’re in a critical point right now … we need to make change right now on the demand on our health-care system.”