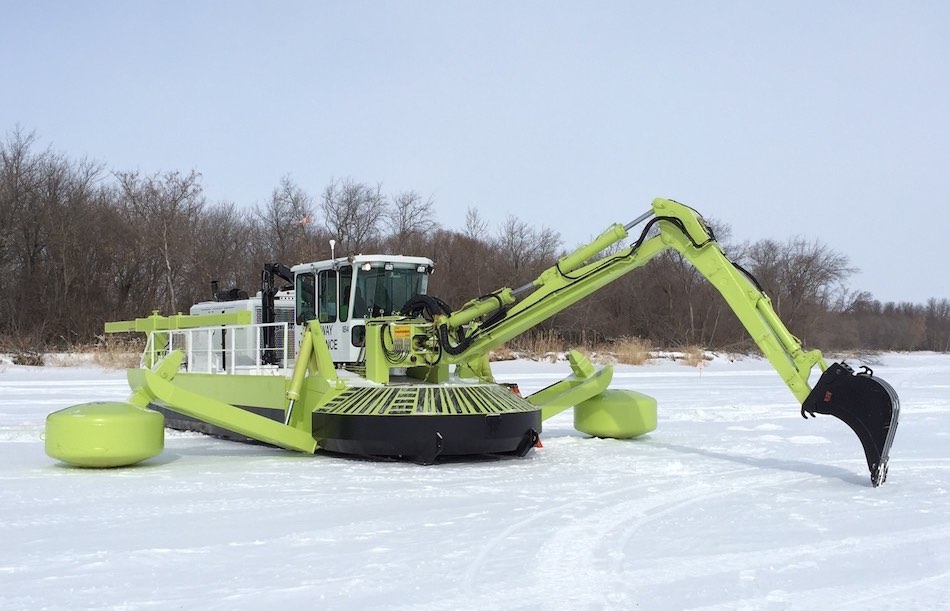 WINNIPEG — The Manitoba government has awarded a new contract for ice-jam mitigation services in the province.

Winnipeg Environmental Remediations Incorporated won the five-year contract as part of a tendering process that began in August.

The deal will see the company carry out ice-jam mitigation to reduce the risk of flooding caused by ice jams on the lower Red River and several other rivers by cutting and breaking river ice.

Winnipeg Environmental Remediations Incorporated is a Manitoba company that provides comprehensive environmental services, general contracting and civil earthworks to a variety of industries in both the private and public sectors throughout Canada and the United States.

The ice-jam mitigation program was launched in 2006 and includes several remote-controlled ice-cutting units and three Amphibex icebreakers to cut and break approximately 28 kilometres of ice on the Red River from Selkirk to Netley Marsh for an approximate width of 100 metres. Ice cutting and breaking is also often completed on the Icelandic River at Riverton and at the outlet of the Portage Diversion. Icebreaking and cutting are typically done in February and March.