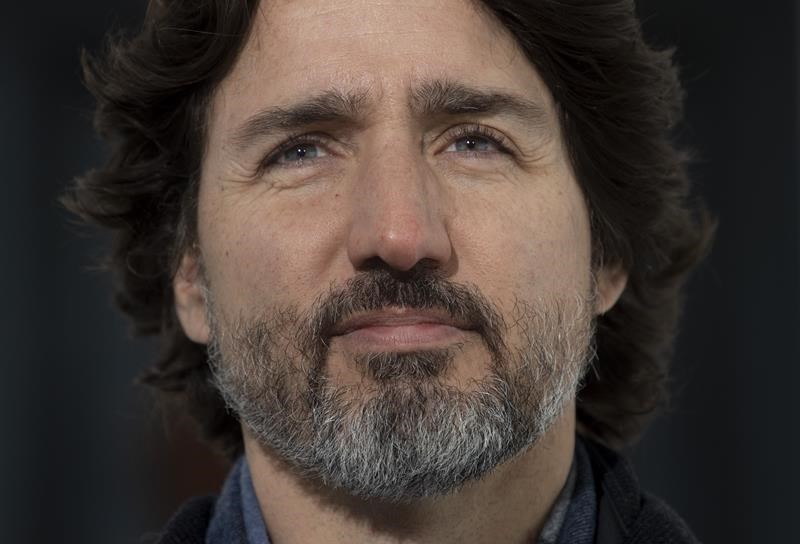 Prime Minister Justin Trudeau listens to a question as he participates in a news conference at Rideau Cottage in Ottawa, Tuesday, Jan. 19, 2021. (THE CANADIAN PRESS/Adrian Wyld)

OTTAWA — Canada is not going to get any COVID-19 vaccine doses from Pfizer-BioNTech next week and the federal government says it still can’t tell provinces exactly how many doses to expect over the next month.

While there are some signs the relentless second wave of the pandemic may finally be easing in the biggest provinces, with numbers trending down in Quebec and Ontario, chief public health officer Dr. Theresa Tam said the number of people in hospital and critical care is still rising.

Tam said as the infections go up and down, Canadians are constantly being hit with the reality that our “actions have consequences.”

“Every time we get a little too tired, or a little too excited about holidays or think that vaccines could give us a quick shortcut we are met with a new spike in activity as COVID-19 tries to take the lead again,” Tam told a news conference Tuesday.

More than half a million Canadians have now been given at least one dose of a COVID-19 vaccine, but the rollout of the vaccines are slowing down in coming weeks.

U.S. drugmaker Pfizer told Canada Friday it was cutting its deliveries in half over the next four weeks, as it slows production at its facility in Belgium for upgrades that will eventually allow it to produce more doses overall.

But Maj.-Gen. Dany Fortin, the Canadian military commander co-ordinating the COVID-19 vaccine rollout for the Public Health Agency of Canada, said Tuesday this means Canada will now be getting 82 per cent of its expected doses this week, and nothing at all the week of Jan. 25.

Fortin said Canada’s shipments will “pick back up again” the first week of February but said he doesn’t expect specific details until Thursday.

The news prompted Ontario Premier Doug Ford to lash out at Pfizer, and appeal to U.S. president-elect Joe Biden, who will be sworn into office Wednesday, to help Canada out.

Pfizer is producing its vaccine in Michigan and Belgium, but the ones made in the U.S. are only being shipped within that country. Every other country, including Canada, is getting its doses from the European facility.

Ford is asking Biden to share one million doses with Canada. He also said he’s not angry at the federal government for the delivery delays, but said Prime Minister Justin Trudeau needs to put pressure on Pfizer CEO Albert Bourla.

“If I was in (Trudeau’s) shoes … I’d be on that phone call every single day,” Ford said.

“I’d be up that guy’s yin-yang so far with a firecracker he wouldn’t know what hit him … I would not stop until we get these vaccines.”

Ontario is among provinces retooling vaccine programs to account for getting fewer doses than expected in the near term, with some cancelling or halting new appointments, and others looking at delaying second doses.

Trudeau said federal Procurement Minister Anita Anand has been on the phone with the company every day. He was less specific about which phone calls he has made himself or whether he has attempted to contact Bourla directly at all.

Trudeau said this temporary slowdown in deliveries will not affect Canada’s goal to vaccinate every Canadian who wants a shot in the arm by the end of September.

Pfizer Canada spokeswoman Christina Antoniou told The Canadian Press “multiple countries around the world will be impacted in the short term” but cannot say which countries or what the effect outside Canada will be. The United Kingdom is expecting some slowdowns as well.

European Commission President Ursula von der Leyen was on the phone to Bourla Friday when Europe was informed it would also be getting fewer doses. Europe’s dose delays were reduced to just one week after that.

Anand said she told Pfizer on the weekend she expected Canada to be treated equitably in the shipment slowdowns, and that she got assurances that would happen.

Fortin said the cutbacks will affect some provinces more than others because of the way the vaccines are packaged, but that the deliveries will even out eventually.

Quebec and Ontario both reported significant declines in cases Tuesday, with Quebec at 1,386 new cases and Ontario at below 2,000 for the first time in weeks. Ontario Health Minister Christine Elliott cautioned a technical glitch likely undercounted new cases in Toronto.

Manitoba, which recorded 111 new cases, is also looking at easing restrictions on gatherings and businesses by the end of the week, including allowing non-essential stores and hair salons to reopen for the first time since mid-November.

Trudeau said Canadians have the right to travel but the government could at any time, and without warning, enforce new restrictions on travellers returning to Canada.

New variants of the virus that causes COVID-19 add a level of uncertainty that could affect decisions about how to handle international arrivals. Potentially worrisome variants have been detected in the U.K., South Africa and Brazil.

The Public Health Agency of Canada has documented 183 flights arriving in Canada from abroad since Jan. 4 alone, on which at least one passenger had COVID-19. Sixty-three of those flights arrived from the United States,

That includes 78 flights from popular winter resort destinations and U.S. cities, and four flights from London since a temporary ban on incoming flights from the United Kingdom was lifted Jan. 6.

Trudeau would not say when pressed what other measures he is considering, noting only that travellers now must present negative COVID-19 tests before boarding their planes, and must still quarantine for two weeks after arriving in Canada.