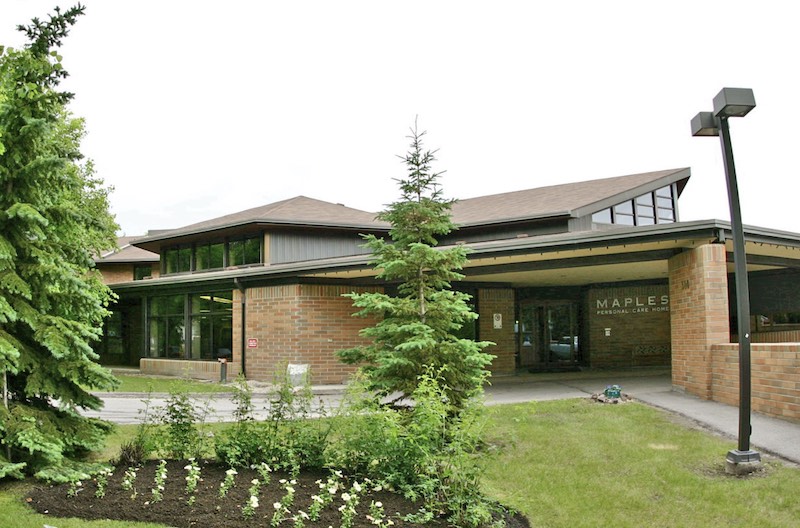 WINNIPEG — Manitoba’s health minister says the government is committed to meeting all the recommendations in a report on how COVID-19 was able to rapidly spread during a deadly outbreak at a personal care home.

The report says 56 residents of the Maples Personal Care Home in Winnipeg died during the outbreak that was declared on Oct. 20 and lasted until Jan. 12. It says 74 staff members and 157 residents tested positive for the novel coronavirus.

“This was a tragedy for the residents, their families and for the staff caring for them,” Health Minister Heather Stefanson said Thursday.

Manitoba’s Progressive Conservative government tapped Lynn Stevenson, a former associate deputy minister of health in British Columbia, to do an independent review of what happened at the 200-bed care home operated by Revera.

She interviewed 150 residents, family and staff. Licensing reports and accreditation all met standards. The care home had a pandemic plan in place.

Stevenson said a significant loss of staff over a short period of time contributed to the rapid spread of virus.

“It is a little bit like a bush fire,” Stevenson said. “Once it starts going it really grabs hold.”

Stevenson added that the care home did not adequately communicate how dire staffing shortages were when it requested help.

The review found shortages in staff caring for residents and in housekeeping, inconsistent cleaning and not enough infection control expertise on-site.

The report includes 11 recommendations specific to the facility and the health region, as well as suggestions for the provincial government.

They include better pandemic plans, clear communication about staffing needs and a recognition that housekeeping is a critical essential service in long-term care.

Stevenson also recommended a review of funding for personal care homes in the province.

Stefanson said work has already begun and promised the government will learn from the deaths.

There was a significant increase in infections and deaths in Manitoba in the fall as COVID-19 spread through personal care homes.

The outbreak at Maples forced the home to call paramedics for help in November as many residents were deteriorating rapidly. Two died before paramedics arrived, three were taken to hospital and others were treated on-site for hours.

The Winnipeg Regional Health Authority did its own review. It found improper use of personal protective equipment and inadequate paperwork to track the feeding and hydration of residents.

Some family members say problems at the care home persist.

Lisa Prost’s father, Murray Balagus, lived at Maples for six years until his death Jan. 21 at the age of 91. Balagus tested positive for COVID-19 in the fall and recovered. The virus was unrelated to his death.

Prost said in 2019 she began noticing signs her father was being neglected. She went so far as to hire a health-care aide for three days a week to ensure he wasn’t being left alone.

She said she went to see her father the day before his death and found him choking in his room. He had been left alone after he was fed and was wearing a mask.

“He was foaming in his mouth,” she said.

Prost’s father was taken to hospital where he died the next day. He had food or liquid in his lungs and his cause of death was listed as pneumonia, she said.

Prost said there were some very caring workers at Maples, but there was a severe staff shortage that made it impossible for residents to receive proper care.

“There were more people cleaning and security guards making sure that residents were wearing their masks … than caregivers.”

He said the report doesn’t deal with previous allegations from the health authority that the care home’s owners lied about staffing levels.

“Like everyone else in this province I was absolutely disgusted to learn about the deaths that happened as a result of neglect at the Maples care home,” Kinew said.

— With files from Steve Lambert