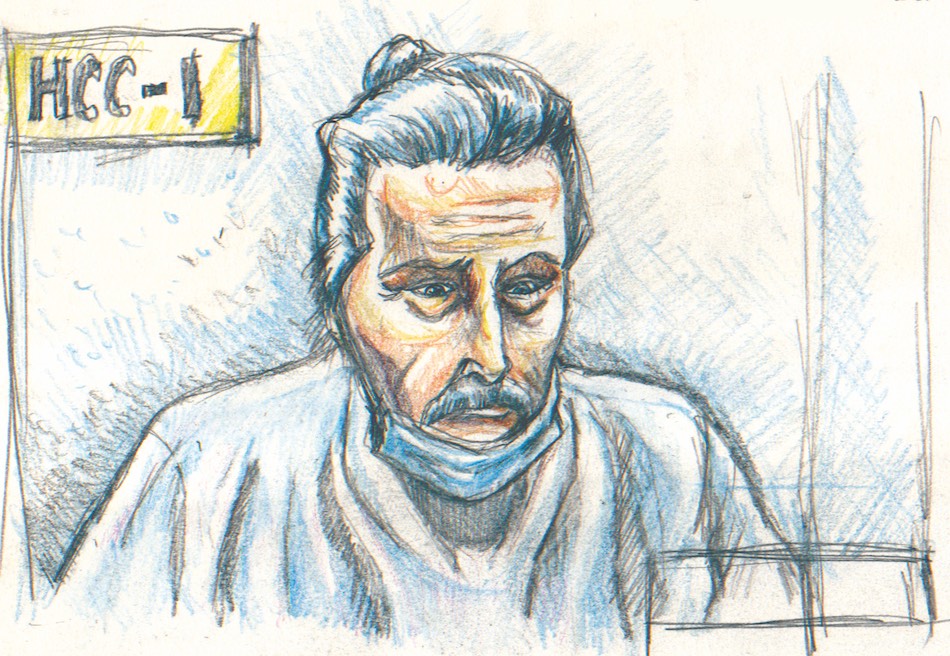 WINNIPEG — A Canadian fashion king facing charges of sex trafficking and racketeering in the United States will remain in jail after a judge denied his bail request.

Justice Shawn Greenberg said Peter Nygard has a history of not complying with court orders and she was concerned he would use former employees to contact victims or tamper with evidence.

“It appears he continues to use his employees to facilitate deception,” Greenberg said Friday.

Nygard, who appeared in a Winnipeg court by video from a correctional centre, showed no reaction to the judge’s decision. His grey-and-white hair was tied in a messy bun at the back of his head and he wore a blue mask.

“We are disappointed for our 79-year-old client, but we will fight on,” said defence lawyer Jay Prober after the hearing.

Nygard was arrested in December in Winnipeg under the Extradition Act and faces nine counts in the Southern District of New York.

Authorities there accuse Nygard of using his influence in the fashion industry to lure women and girls with the promise of modelling and other financial opportunities.

They allege that for 25 years Nygard targeted women and underage girls from disadvantaged economic backgrounds and forcibly sexually assaulted them.

Prober argued during the bail hearing last week that his client’s health is at risk behind bars due to his age and the spread of COVID-19.

Court heard of a plan for an in-home security guard and 24-hour video surveillance to monitor Nygard if he were released.

The judge said that under the plan Nygard could not have physically contacted people, but it wouldn’t have stopped him from contacting them over the phone or through former employees.

“I am concerned that if released Mr. Nygard will tamper with witnesses,” Greenberg said.

The judge said there were also serious issues with a Nygard company executive who offered to ensure that his former boss didn’t break bail conditions.

Greg Fenske does not have property to offer as collateral. Court heard the home he offered as a place for Nygard to stay was purchased with Nygard’s money.

Greenberg said she had doubts over Fenske’s testimony about Nygard’s complicated business structures and financial situation.

She said the defence’s bail plan could only be carried out if Nygard had access to considerable funds.

Federal lawyers told court that Nygard had the means to flee and the charges he faces in the U.S. were too serious for his release.

A full package of extradition materials from U.S. prosecutors has not yet been provided to Canadian authorities. It is not expected until March. Prober has said it’s unfair to keep Nygard behind bars without the complete information.

Co-counsel in that suit, Greg Gutzler, thanked the Canadian court for “recognizing the imminent danger” that Nygard would pose if released.

“This is the first step in a belated path to justice for hundreds of innocent victims,” Gutlzer said in a text message.

Two of Nygard’s sons have filed a separate lawsuit against him claiming they were statutorily raped at his direction as teenagers.

Prober has said his client denies all the allegations.

He stepped down as chairman after the FBI and police raided his offices in New York City last February.