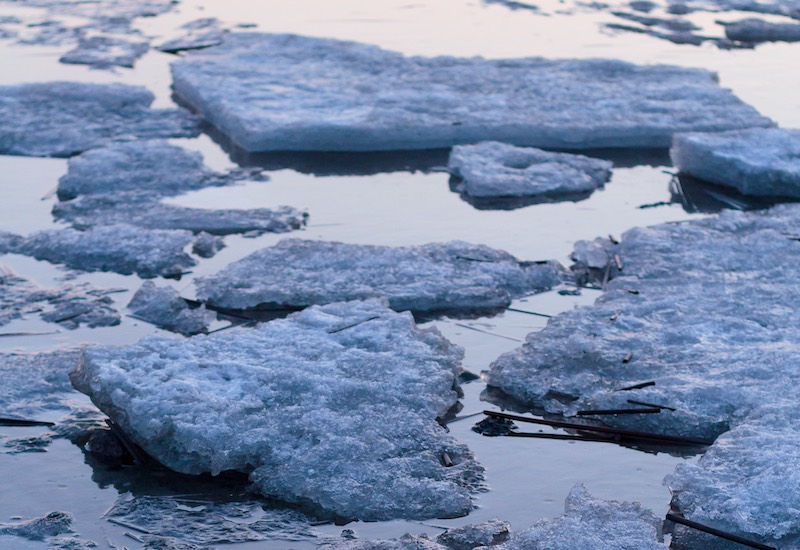 WINNIPEG — As the mercury continues to climb on the remaining days of winter, Manitobans are being reminded about the dangers of thin ice.

The Lifesaving Society Manitoba is advising people to stay off all frozen bodies of water, as ice is unpredictable this time of year.

“If you do choose to go on the ice, then you need to plan ahead and be prepared to go through the ice and into cold water,” said Lifesaving Society water smart coordinator Dr. Christopher Love.

“Wear something that floats, like a lifejacket over your winter clothes, don’t go out alone, and be prepared to perform a rescue.”

The Lifesaving Society Manitoba has an ice safety thickness card (below) that tells you how thick ice needs to be to walk or drive on it. However, no ice should be considered without some risk. 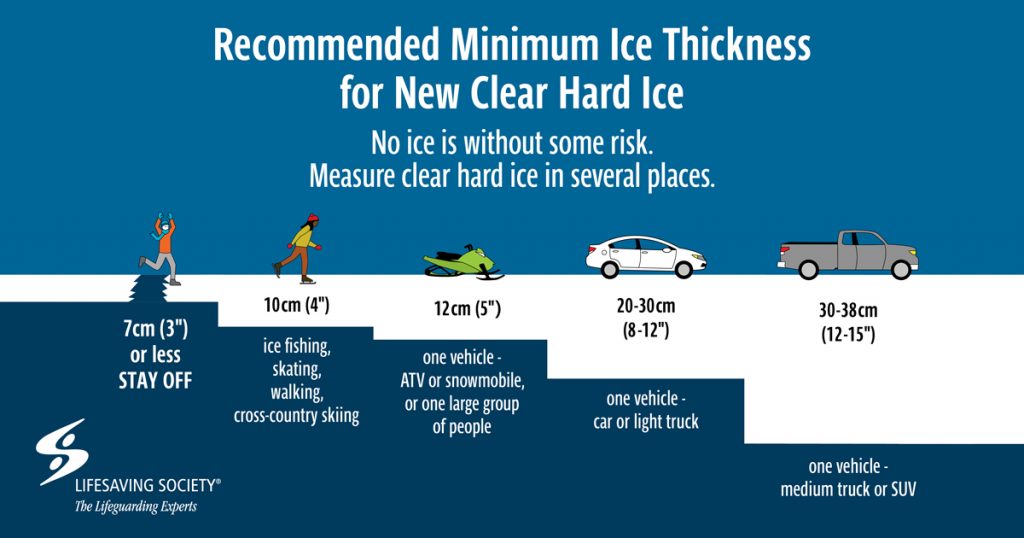 A similar warning was echoed by the City of Winnipeg on Twitter, saying all city “waterways are currently unsafe due to thin ice conditions.”

At The Forks, the Winnipeg Foundation Centennial River Trail officially closed for the season on March 2, along with other nearby on-land skating trails and rinks.

The trail was open for 61 days, with Winnipeggers raising $35,000 for charity through a contest the Foundation held earlier this year to celebrate its centennial.

The Arctic Glacier Winter Park Upper Trails plus The Canopy Rink and CN Stage Rink are closed for the season.

We’re hanging up the skates and skis until next winter! ?? pic.twitter.com/t45FJOFT8V

The Winnipeg Foundation has announced it will extend its title sponsorship of the river trail for five more years.

“In a year like no other, the Winnipeg Foundation’s support for the river trail enabled us to collectively do more for our city, offering a free public amenity for everyone,” said Clare MacKay, VP, strategic initiatives, The Forks.

“Their mission, to strengthen community well-being, and ours, to create a meeting place, open and accessible to all, align perfectly. We couldn’t imagine a better partnership for this cherished winter playground and are thrilled to welcome them as the title sponsor of the trail for the next five years.”

← Previous: Wayne Gretzky Remembers His Father, Walter, As Man with 'A Heart of Gold' at Funeral Next: 56 New COVID-19 Cases in Manitoba on Sunday; 2 Deaths →
Tags: Manitoba | Spring | The Forks | Winnipeg | Winter