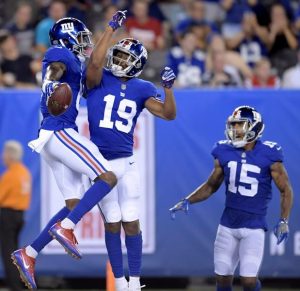 WINNIPEG — The Winnipeg Blue Bombers have released Travis Rudolph after the American wide receiver was arrested for first-degree murder in Florida on Wednesday.

A Bombers spokesperson says the team released Rudolph after learning of the arrest by the Palm Beach County Sheriff’s Office.

The 25-year-old Rudolph never played for Winnipeg after signing with the team in December 2019. The 2020 CFL season was cancelled because of the COVID-19 pandemic.

Authorities say Rudolph was arrested after police responded to a double shooting. One man was found dead and another was transported to hospital.

The Florida State product previously was a member of the NFL’s New York Giants and Miami Dolphins.

The organization was made aware of Travis Rudolph’s arrest this morning and he has subsequently been released. Rudolph was signed in December of 2019 and did not play in a game for the Blue Bombers.