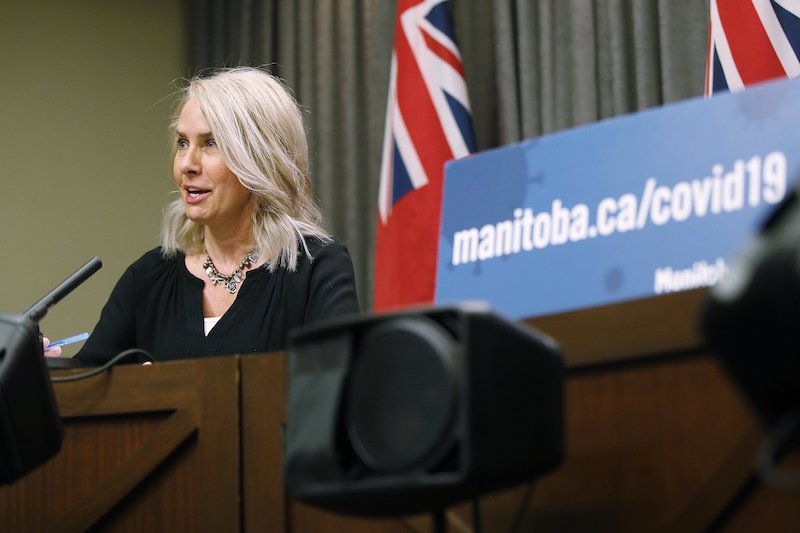 WINNIPEG — Manitoba health officials are expecting the demand for intensive care beds to soon reach a record level as COVID-19 numbers continue to rise in the pandemic’s third wave.

There were 120 patients in intensive care beds on Monday, health officials reported. That is nine shy of the peak last December during the second wave of the pandemic.

Siragusa couldn’t predict how high the patient load might go. She said much depends on how quickly people recover and leave intensive care, and whether the daily number of new infections continues to be high.

The province reported 430 new cases Monday and one death — a man in his 60s from the southern health region.

Manitoba has experienced big daily numbers for more than a month now, and edged past Alberta on the weekend to post the highest per-capita infection rate in Canada.

Jason Kindrachuk, assistant professor in the department of medical microbiology and infectious diseases at the University of Manitoba, said travel bans played a big role in delaying variants of concern from entering the province.

But they eventually got in and began to spread quickly, causing a surge of infections in a restriction-weary population.

“We are not dealing with the same pandemic that we were in 2020,” he said. “The variants of concern have changed the game.”

The government has brought in stricter public health orders three times in the last month to try to bend the curve, including a ban on most social visits in private homes. Most recently, schools in some areas, including Winnipeg and Brandon, moved to remote learning.

“At this point, we are looking to see that (case count) trajectory change with the updated orders,” Roussin said Monday.

When asked whether a stay-at-home order is a potential next step, Roussin said no options are off the table.

Until the case numbers drop, the province is working to add staff to intensive care from other health-care areas. Some elective surgeries are being cancelled and more nurses are being recruited and trained for intensive care work.

Sirgausa said having 129 people in intensive care beds in December was taxing, but the health system might handle a bigger number now.

“We learned a lot of lessons from that.”

One factor that could help this time around, she said, is that health-care workers are vaccinated, so fewer are having to miss work because they have fallen ill or need to self-isolate.

“I don’t know what the max number (of intensive care bed capacity) is,” Siragusa said.

“We are going to do everything we can to support Manitobans and support the demand that comes into the acute-care hospitals.”

Kindrachuk added that he’s optimistic that Manitoba’s cases will plateau in two to three weeks with the expanded eligibility for vaccinations and restrictions.

“There is a bright light at the end of the tunnel but it’s going to be a few weeks,” he said. “We just have to get through this next part.”

— With files from Kelly Geraldine Malone.