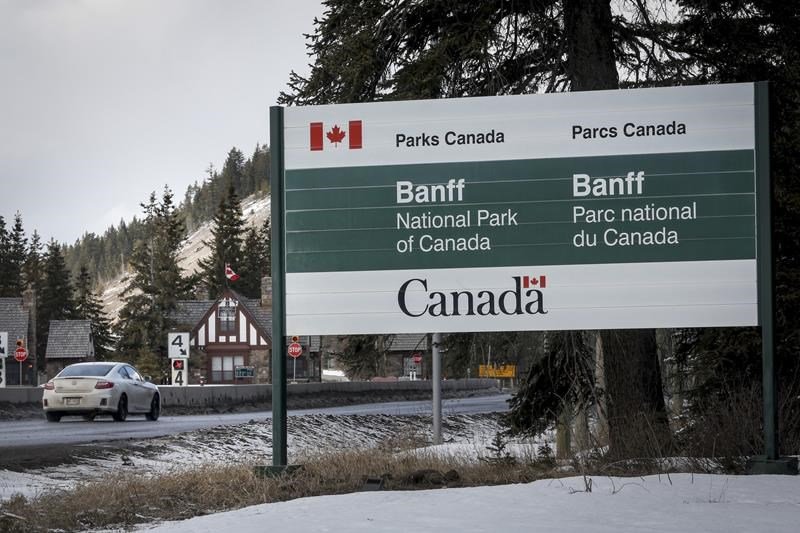 The Banff National Park entrance is shown as Parks Canada is restricting vehicles in the national parks and national historic sites in Banff, Alta., Tuesday, March 24, 2020. (THE CANADIAN PRESS/Jeff McIntosh)

Canada’s environment minister has one main bit of advice as the country’s second COVID-19 summer is about to begin: Camp carefully.

“We all recognize how important nature and green spaces have been to people’s ability to weather this COVID storm,” Jonathan Wilkinson said Tuesday. “That being said, we’re still not through this pandemic.”

Wilkinson said Parks Canada has brought in rules at its national parks that conform to public health orders. Those rules will vary from place to place, he said, so it will be important to check websites to keep abreast of what the restrictions are.

Parks have brought in some of their own measures as well to try to keep campers safe while enjoying the outdoors.

“There will be, in different parks, different kinds of services,” Wilkinson said.

Some parks, such as Gwaii Haanas National Park Reserve off the west coast of British Columbia, will be closed.

“There are some parks, at least in the short term, that are not going to be opening.”

Guidelines may change over the course of the camping season.

“The focus for Parks Canada is that people can get out, but they do so in ways that are safe and consistent with public health guidelines,” said Wilkinson.

Parks Canada learned a lot from last summer, the minister said. The agency has a much better understanding of what can be done safely and how services like cleaning can be handled.

Last year, services and parks were opened slowly as staff figured out how to offer them safely. Now, that knowledge exists at the start of the season.

“It will be a much less gradual process than last year.”