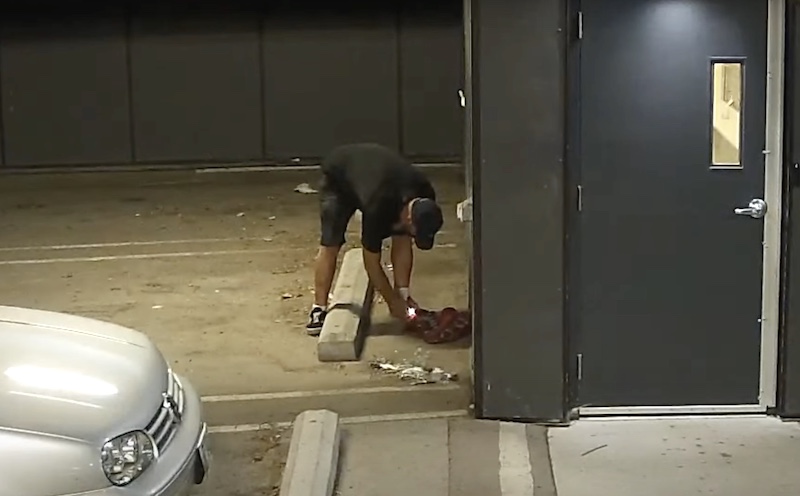 A suspect is shown on surveillance video attempting to start a fire on August 15, 2021. (WPS / HANDOUT)

Winnipeg police have arrested and charged a man after a series of recent fires in the city, including one that killed a 60-year-old woman.

Douglas Wayne Last, 50, of Winnipeg is accused of setting four fires last week. One of those fires was lit at a building at 157 Scott Street on August 15. The building contained a convenience store on the lower level and a residence on the second floor.

Jung Shin was rescued from the second floor and taken to hospital in critical condition and later succumbed to injuries related to the fire.

Three other fires were set that same evening in the nearby area, including at 151 Scott Street, 137 Scott Street and 369 Stradbrook Avenue. In the last two fires, the suspect was unsuccessful in starting blazes.

Police released surveillance photos on Wednesday of the suspect in hopes of locating him.

On Thursday, the homicide unit spotted a man matching the suspect’s description in the back lane of the 300 block of Stradbrook Avenue and arrested him after a brief foot pursuit.

Last has been charged with manslaughter, three counts of arson with disregard for human life and two counts of failing to comply with a release order.