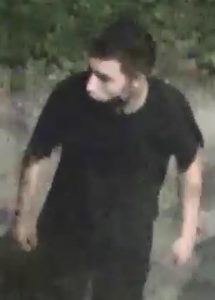 Winnipeg police are looking for this person of interest in connection with sexual assaults along the Red River Trail System. (WPS HANDOUT)

Winnipeg police have released surveillance video of a person of interest in the attacks on multiple women along the Red River Trail System.

Between April and August 2021, several sexual occurred on the trail, which extends west from the Osborne Bridge, south along Churchill Drive, to the Elm Park footbridge at Jubilee Avenue.

The sexual assaults happened between the early evening and the early morning and included victims ranging in age from 15 to late 30s. The incidents involved the victims being grabbed from behind, pulled to the ground and threatened with a weapon.

No new incidents have been reported since August 8, but police have stepped up their presence in the area.

Investigators have released a video of a person of interest, who is described as wearing all black, including a black face mask around his chin.