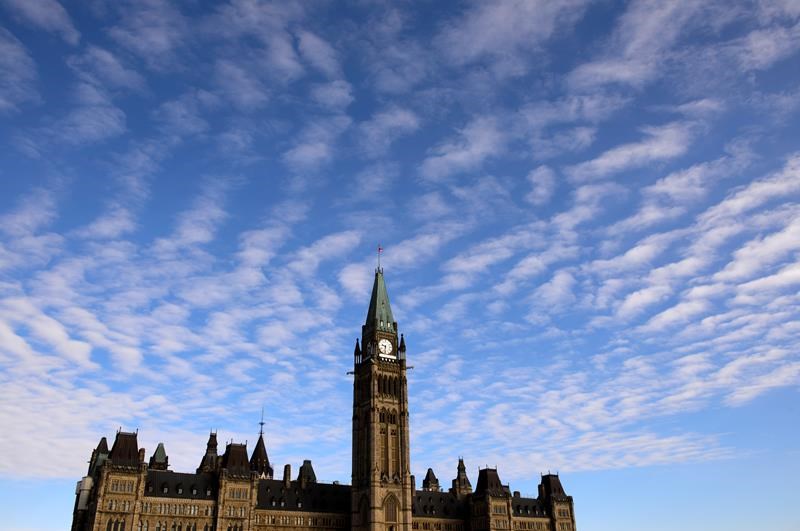 Parliament Hill is shown in Ottawa on Wednesday, March 11, 2020. (THE CANADIAN PRESS/Sean Kilpatrick)

OTTAWA — The federal government ran a deficit of more than $48 billion over the first four months of its fiscal year, about $100 billion less than the treasury pumped out during the same period one year earlier.

The Finance Department’s regular fiscal monitor says the budgetary deficit between April and July was just under $48.5 billion, down from the almost $148.6 billion recorded over the same months in 2020 when COVID-19 first struck.

Program spending, excluding net actuarial losses, between April and July was $154billion, a decline of about $58.1 billion, or 27.4 per cent drop, from the $212.1 billion in the same period one year earlier.

Year-over-year, wage subsidy payments dropped to $12.5 billion from $30.6 billion and emergency benefits to workers fell to $10.2 billion from $29.9 billion.

The government announced in late July that it was extending emergency benefits given economic conditions. They will now last until Oct. 23.

Revenues between April and July reached over $118.5 billion, which was a $44.6-billion, or 60.3 per cent, increase from the $73.9 billion in the same period of the previous fiscal year, driven primarily by higher tax revenues.

Public debt charges were $7.8 billion, up $1 billion or 14.5 per cent, compared to the $6.8 billion recorded between April and July of 2020, which largely reflects higher consumer price index adjustments on real return bonds.