Who says 13 is an unlucky number? That is, unless you watched Sunday’s 97th Grey Cup. 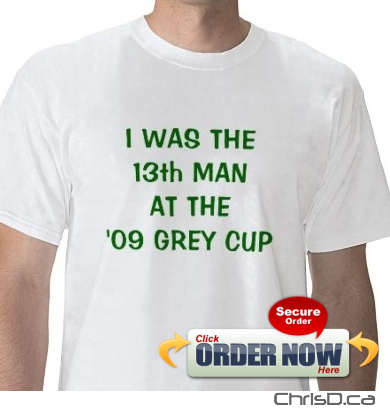 The Montreal Alouettes defeated the Saskatchewan Roughriders 28-27 in the final seconds of the game, as the Riders had one too many men on the field. Whose fault was it? Don’t know — but if you’re an Als fan, let the mocking begin with the above t-shirt.

And just to rub it in a bit more…