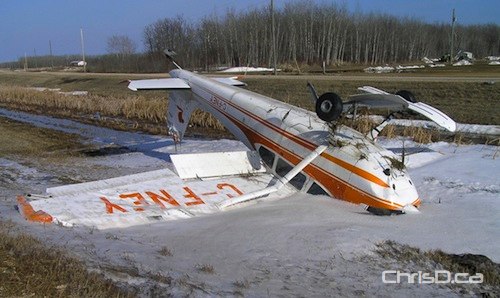 A small single-engine plane crashed near Highway 4 in the RM of St. Andrews late Tuesday afternoon. RCMP say the Cessna 180 may have suffered from mechanical failure at about 3:25 p.m.

The plane had taken off from an airstrip on Breezy Point Road and was carrying only the pilot — who was able to walk away after being cleared by paramedics.

The Transportation Safety Board is assisting in the investigation to determine the cause of the crash.

Traffic in the area along Highway 4 between Highway 9 and the bridge near the Red River is back to normal.