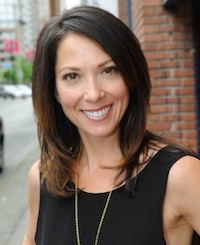 Gajdosik is a Winnipeg native and has spent the last four years at CTV Vancouver as the weekend weather anchor, Canada AM fill-in anchor and traffic reporter for Chopper 9. She has worked in Vancouver since 1994 at various news outlets after moving from Denver.

Besides playing a newscaster on TV, Gajdosik has also portrayed one in the movies, appearing in such films as “The Big Year,” “Tron: Legacy,” “The Doomsdale Scrools,” and others.

We’re told she’s currently in Toronto learning Global’s weather system and will be starting in Winnipeg in early September.

Gajdosik will replace Craig Larkins, who is now at CTV Edmonton.