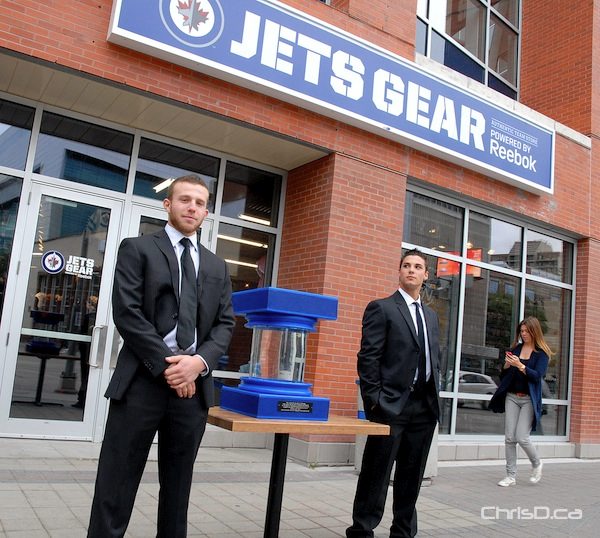 Representatives from Budweiser stand near a vessel of water outside the Jets Gear store at MTS Centre on Saturday, October 8, 2011. (STAN MILOSEVIC / MANITOBAPHOTOS.COM)

The plaque on the front of the vessel of water outside MTS Centre on Saturday. (STAN MILOSEVIC / MANITOBAPHOTOS.COM)

It’s not exactly holy water, but it’s the closest thing superstitious Winnipeg Jets fans will come to this weekend.

Budweiser has planted large cases filled with water around the downtown core. The company is asking fans to honour the water and bestow their luck on it for a successful NHL season.

At 3 p.m. on Sunday — one hour before the Jets’ home opener — this water will be poured onto the ice at MTS Centre to honour the team and the arena.

The idea was inspired by the long history of ritual in hockey.