Home » News » Increase in Fatal Crashes a Reminder to Slow Down: MPI

Increase in Fatal Crashes a Reminder to Slow Down: MPI 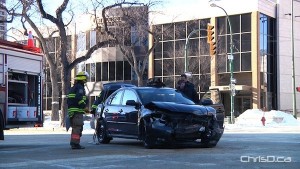 With the upcoming National Day of Remembrance for road crash victims on November 23, Manitoba Public Insurance is reminding motorists to be careful behind the wheel.

More than 105 deaths have occurred on Manitoba roads this year — up from last year’s total of 87.

“The number of fatalities on our roadways reinforces our commitment to road safety, and that of our road safety partners,” said Ted Hlynsky of Manitoba Public Insurance. “Remembering the victims is a positive step forward towards reducing road deaths in the future. Road safety isn’t exclusive for one group…it’s for everyone to think about and put into practice.”

Statistics show an estimated 25 percent of all fatal crashes in the province are related to speeding.

“Every motorist has a responsibility to ensure that they travel safely around the city,” said Staff Sgt. Mark Hodgson of the Winnipeg police Central Traffic Unit.

“Increased impaired driving enforcement through additional dedicated Checkstop projects and specialized training in the area of drug-impaired driving has also enhanced WPS’s mandate to keep the roads safe for all.”

Manitoba RCMP will also soon be rolling out their holiday Checkstop program to keep provincial roads safer in the coming weeks.

The National Day of Remembrance will remember those killed or seriously injured on Canadian roads, often in avoidable collisions, and those left to deal with the sudden and unexpected loss of people they love.