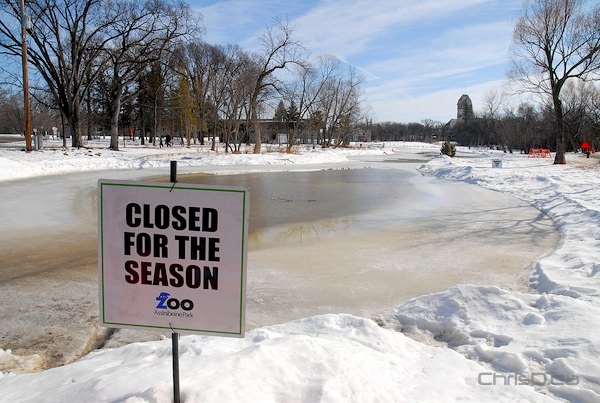 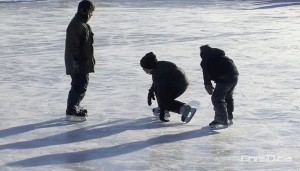 After an abbreviated skating season, the Duck Pond at Assiniboine Park is now closed for the season.

The pond was scheduled to close on Monday, but after a balmy Saturday afternoon, officials decided to pull the plug two days early. The rink only opened on December 30 — several weeks later than normal due to mild temperatures.

It may have been the perfect time for the rink to close, as warmer weather is on the way for next week, which could climb into the plus double digits if you believe the long-range forecast.

The family-style toboggan run just south of the pond will remain open and is still snow-packed.

Meanwhile, The Forks closed the Assiniboine Credit Union River Trail for the season on Saturday.