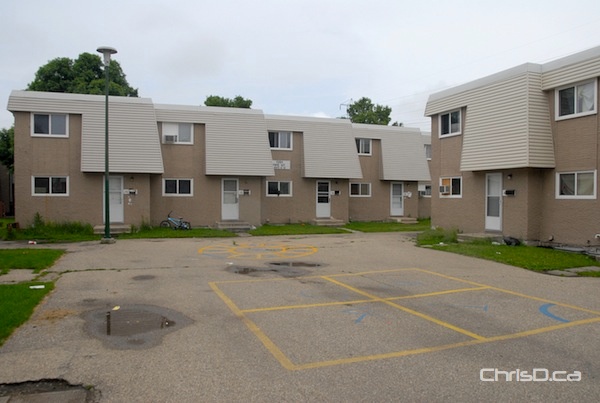 A 36-year-old man was injured in a fight in this complex in the 1300 block of Fife Street over the weekend. He succumbed to his injuries on Monday. (STAN MILOSEVIC / MANITOBAPHOTOS.COM)

A 36-year-old man succumbed to his injuries Monday after being beaten during a fight on Saturday afternoon.

Winnipeg police responded to the 1300 block of Fife Street at about 2 p.m. Police say what started out as an argument escalated to a fight, which injured the victim, who was taken to hospital in criticial condition.

No arrests have been made and the investigation is ongoing.

UPDATE: Tuesday, June 19 — The victim has been identified as Marlin David Gray.

UPDATE: Wednesday, June 20 — An arrest warrant for manslaughter has been issued for Abraham Marcel Steve Lagimodiere, 25.