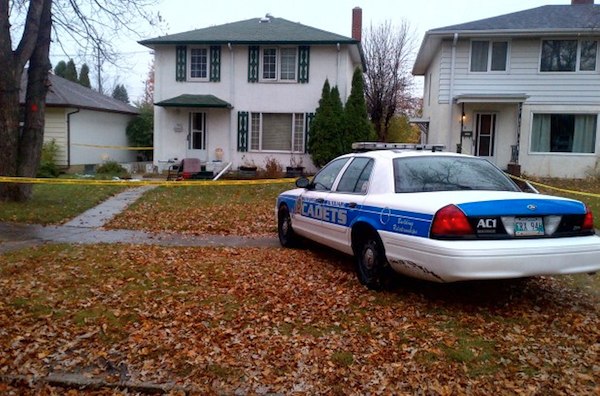 A fight between two brothers turned fatal on Monday during a Thanksgiving gathering in River Heights.

Winnipeg police were called to the 169 Lindsay Street at about 2:10 a.m. after responding to a stabbing incident.

A 25-year-old man was found suffering from stab wounds in the front yard of the residence. He was taken to hospital in critical condition, where he later succumbed to his injuries.

The deceased has been identified as Christopher Barry Larche.

The victim’s brother, Justin Frederick Larche, 22, has been charged with manslaughter for his alleged involvement. He remains in custody.

The death is Winnipeg’s 24th homicide of the year.