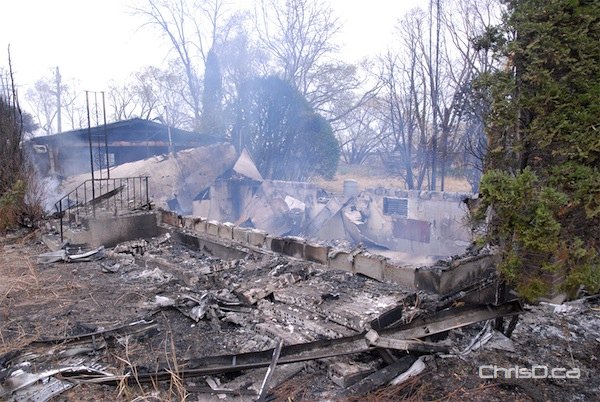 Rubble is all that remains of an abandoned home on Highway 15 after a fire on Wednesday, October 17, 2012. (STAN MILOSEVIC / CHRISD.CA) 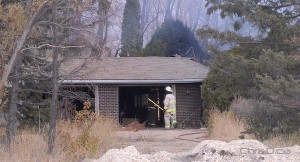 An abandoned house on Highway 15 is considered a complete loss after a fire early Wednesday morning.

The blaze broke out shortly after 6 a.m. in the RM of Springfield about half a kilometre west of Highway 207.

Emergency crews are still on scene and Highway 15 remains open to traffic.

← Previous: Renovations on U of M Library a Month from Completion Next: Don Amero to Release New Album During Online Concert →
Tags: Fire | RCMP