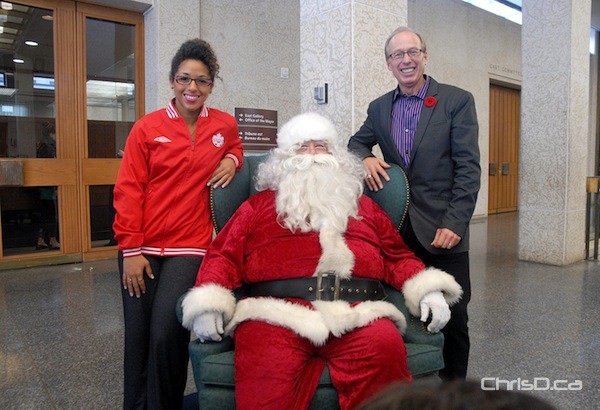 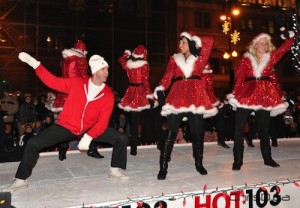 It’s only early November, but Christmas is on the mind of many Winnipeggers, especially with the Santa Claus Parade just around the corner.

Organizers of the 103rd parade officially introduced Olympic bronze medallist and Winnipeg athlete Desiree Scott as their honourary 2012 parade grand marshal on Thursday during a news conference at City Hall.

The Winnipeg Santa Claus Parade is Saturday, November 17 at 5 p.m., as more than 100 floats and 60,000 Winnipeggers are expected to take part.

Block parties will get the fun going at 4 p.m. before the parade gets underway and heads down Portage Avenue beginning at Young Street. The parade will slowly move east towards The Forks.

About 700 volunteers will help out with this year’s parade, which also acts as a fundraiser for the Christmas Cheer Board. Attendees to the route are asked to bring a non-perishable food donation.

Parade floats will be judged in three categories with a top prize of $500 cash.