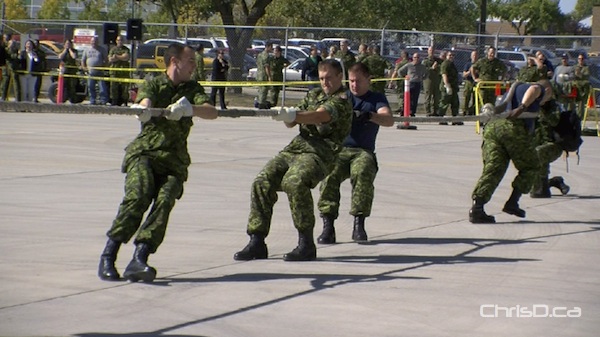 A Royal Canadian Air Force aircraft and personnel from 17 Wing Winnipeg are participating in a joint international exercise with the United States Navy until December 14.

Joined by other military personnel from across Canada, Task Group Exercise 6-12 is taking place off the east coasts of Canada and the U.S.

The high tempo training will provide valuable experience to sailors in a wide range of at-sea evolutions, to include navigation and seamanship, helicopter operations, and warfare exercises.

An exercise called Amalgam Dart is also being carried out by the Royal Canadian Navy, which will work with the North American Aerospace Defense Command (NORAD) to combine the Task Group Exercise with the NORAD Air Defence Exercise.

The exercises began on Monday.

← Previous: U of M Partnership to Attract Brazilian Students to City Next: Limited Day Passes to Dauphin's Countryfest Available →
Tags: