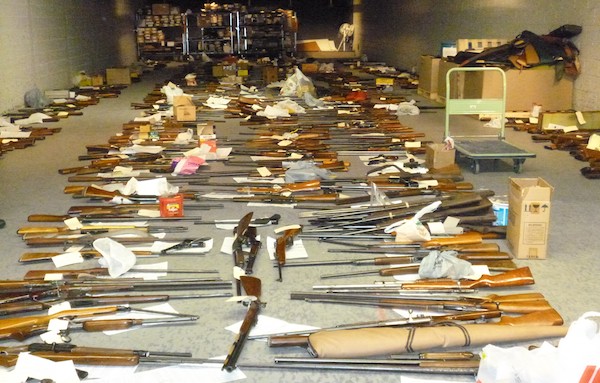 Some of the many guns collected during the Pixels for Pistols program. (WPS HANDOUT)

Pixels for Pistols was launched on November 1 and offered up a new Panasonic digital camera in exchange for citizens surrendering a firearm.

Along with the firearms, about 13,000 rounds of ammunition was also collected. Police made visits to pick up the weapons and those who turned them in didn’t face any charges.

“The removal of these unwanted firearms from our community has eliminated the possibility of them ever getting into the hands of the criminal element,” the police service said in a release.