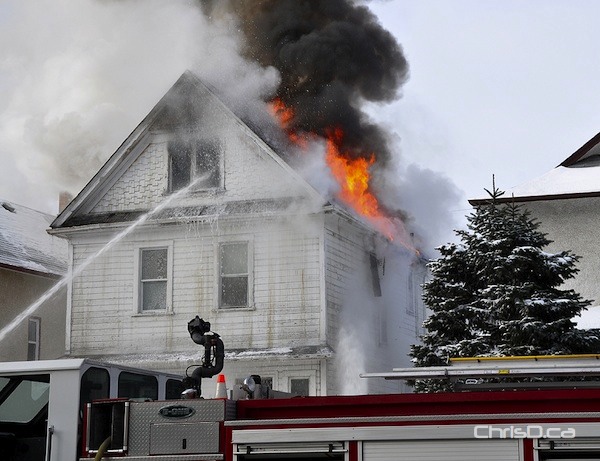 Firefighters dose flames shooting out from the roof of a home in the 600 block of Maryland Street on Monday, January 14, 2013. (MAURICE BRUNEAU / CHRISD.CA) 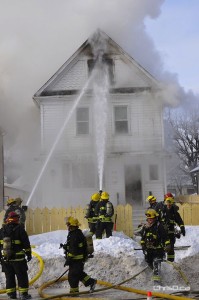 Firefighters put out flames in an attic of a home on Maryland Street Monday morning. (MAURICE BRUNEAU / CHRISD.CA)

Winnipeg firefighters spent several hours on scene of a fire in the city’s West End on Monday.

Crews were tackling the blaze in the 600 block of Maryland Avenue at about 10:30 a.m. and remained on scene well into the afternoon.

Thick smoke could be seen billowing from the second floor of the rooming house.

Police advised the public to avoid the area and closed Maryland between Notre Dame Avene and Sargent Avenue.

The cause of the fire remains under investigation by the arson unit. Damage is estimated to be more than $300,000.