Merv: Manitoba Will See Another Six Weeks of Winter 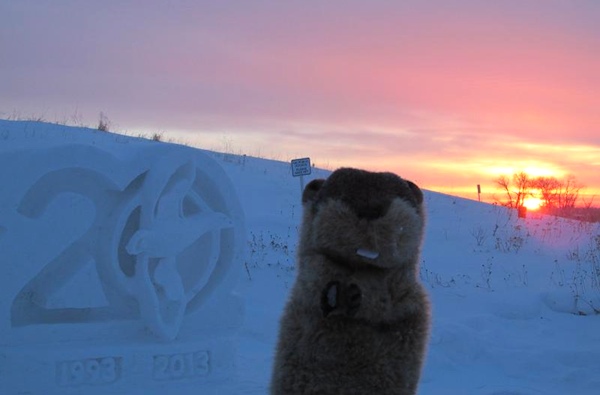 Manitoba Merv poked his head out of his den on Saturday to predict the province will see another six more weeks of winter.

The 20th annual prediction was made at Oak Hammock Marsh just as the sun rose. Merv looked around briefly, saw his faint shadow and retreated back inside.

“As Merv returned to his den, he assured us that spring will eventually come and he expects the geese to officially mark the arrival of spring,” said Jacques Bourgeois of Oak Hammock Marsh.

The groundhog-like puppet is used to make the prediction as real groundhogs hibernate during the winter months in Manitoba.