Toews to Talk Federal Budget at Breakfast on Friday 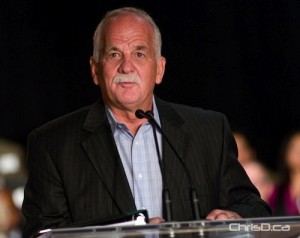 Manitoba’s senior MP will deliver the keynote address at the Radisson Downtown beginning at 8:20 a.m. as part of the Winnipeg Chamber of Commerce event.

Toews plans to talk about what the federal budget — being released later today — means for Manitobans.