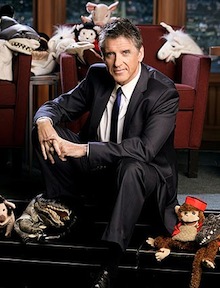 Scottish comedian Craig Ferguson, host of “The Late Late Show,” is touring a select number of Canadian cities this fall and Winnipeg is on the list.

“Craig Ferguson Live!” will play at the Pantages Playhouse Theatre on Saturday, October 19.

Ferguson got his start in the entertainment industry as a drummer for punk bands in the UK. He later went into acting and played Drew Carey’s boss, Nigel Wick, on “The Drew Carey Show” from 1996 to 2003.