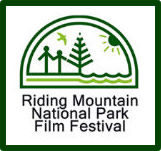 The first-ever Riding Mountain National Park Film Festival is gearing up for its inaugural year.

“Until a year ago, I had never been to a film festival, but quickly discovered that they were incredible places to watch movies that delve into the topics I am passionate about, but that are often hard to find in mainstream movie houses,” Langston said.

The festival starts on July 16 in Dauphin with a two-day digital media camp, where nine kids aged 10 to 18 will learn the basics of filmmaking from storytelling, camera operation, audio, lighting and editing. Their final project will see the kids making their own short films about the area. A screening of Langston’s latest production, “Tailwind: Prairie Harvest,” will follow at the Dauphin Community Cinema.

The festival then moves to Wasagaming where the second two-day digital media camp for youth will be held, again culminating with a screening of the students’ work.

Visitors to the festival will attending screenings of documentaries in the adventure and environmental genres, as well as movies by Manitoba filmmakers about subjects of local interest.

Tickets for the five-day event are available at Friends of Riding Mountain National Park Learning Centre at 154 Columbine Street in Wasagaming, or at the door before events. For a complete schedule or to register for the digital media camps, visit RMNPFilmFest.ca.