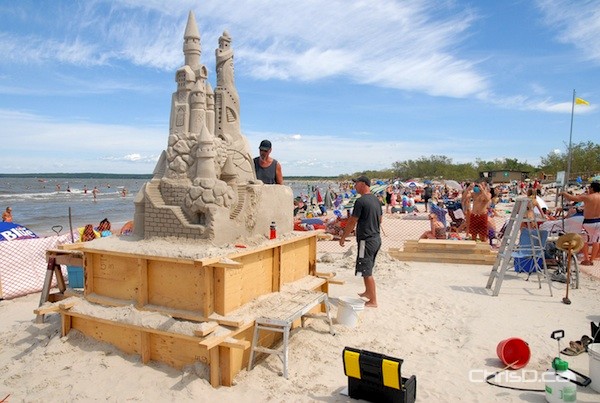 Two sculptors who aimed to create the largest sand castle in the province last summer are returning to beat their previously set record.

Curtis Fehr and Randy Ptashnick will set up on Grand Beach August 2-5 for Manitoba’s Largest Sand Castle Version 2.0. Their goal is to reach 15 feet in height — three feet taller than their sandy creation last year.

“Last year, we were hoping to accomplish something new and we were able to succeed. Now we want to take what we have learned and build it even bigger,” Fehr said.

The pair had a slight setback the first time around, dealing with inclement weather in the form of rain.

“We would love to have everyone to come out to Grand Beach and join the thousands of beach goers to watch history in the making again.”

A few tonnes of sand and water will be needed, along with a lot of elbow grease. Within a day, the sand will be packed and ready for carving. The process of carving will take place from Friday August 2 until Monday August 5.