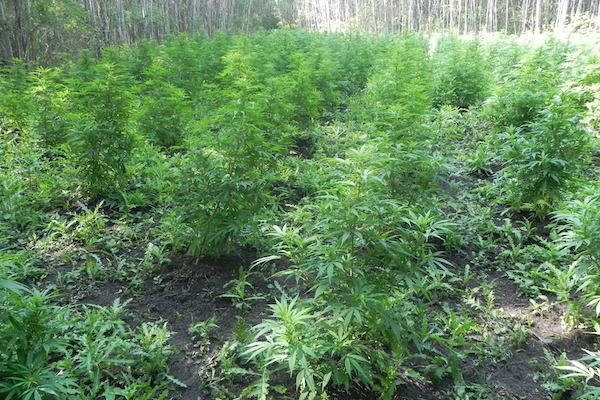 RCMP seized 700 marijuana plants during a grow-op bust in the RM of St. Andrews on Thursday, August 15, 2013. (RCMP HANDOUT)

RCMP seized 700 marijuana plants from two properties in the RM of St. Andrews on Thursday.

The investigation into the grow-op began in July, and included one residence and an outdoor area on Hall Road near Petersfield, Manitoba.

Police also seized a tractor, quad, truck and firearm during their raid.

A 43-year-old Petersfield man was arrested on Highway 9 in between Clandeboye and Petersfield and will face charges drug-related charges along with careless storage of a firearm. He remains in custody.