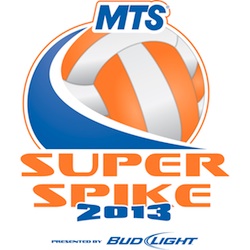 The MTS Super-Spike volleyball tournament in July pulled in a record $155,000 for the National Women’s Volleyball Team.

“Super-Spike has again lived up to its track record of being one of the best summer events Winnipeg has to offer,” said Greg Paseshnik, the event’s general manager. “We are thrilled with the event’s growth and record registration numbers again this year, and most importantly with the large amount of money we were able to bring in to support our National Women’s Team.”