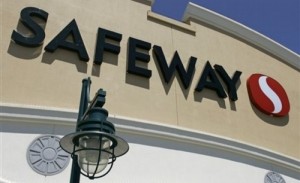 Employees of Canada Safeway stores across Manitoba are ready to go on strike.

Workers on Sunday night voted 99.7 percent in favour of a strike mandate.

The workers are represented by UFCW Local 832 and voted in six different locations across the province.

“We had standing room only at the Winnipeg meeting. Members are very interested in these talks because of the recent purchase of their stores by Sobeys and Federated Co-op,” said union president Jeff Traeger.