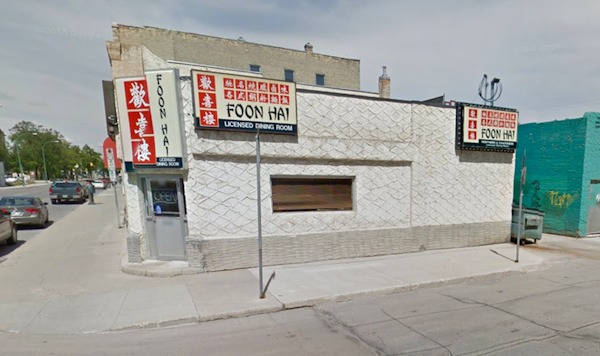 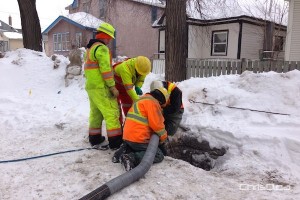 A shameless restaurant plug today. If you live in Winnipeg, or are coming to visit, try a great little Chinese place called Foon Hai. I had a fabulous bowl of hot and sour soup there the other day, and I chatted with the very troubled owner, Stanley Dare.

Foon Hai was in the news last month for all the wrong reasons. Stanley had finally re-opened after being closed for more than six weeks because of frozen water pipes. The problem was not unique as the ‘winter from hell’ froze the ground to a depth of nine feet. Thousands of homes and businesses lost water, and there were similar stories across the prairies and elsewhere.

It’s bad enough when a homeowner who pays taxes has to resort to melting snow to flush the toilet and driving to a public swimming pool to take a shower, but for a business owner like Stanley Dare it’s much more than an inconvenience. Without customers ordering food for more than a month, there was no money to pay his employees, and they all have families.

Stanley maxed out his credit cards, and any dreams he might have had about retirement will remain just a dream. Foon Hai is a 5 minute walk from Winnipeg City Hall, but Stanley has heard nothing from the folks there. It’s the same story in any city when pipes freeze, or when they tear up the street and customers can’t get to your front door. Compensation? Not a chance.

Small business is the engine that drives our economy, but it sure isn’t easy, and they don’t get much respect. Stanley looks years older than he did before the winter from hell.

Try the hot and sour soup sometime, or anything on the menu. It’s good value, and it will help Stanley pay his taxes.