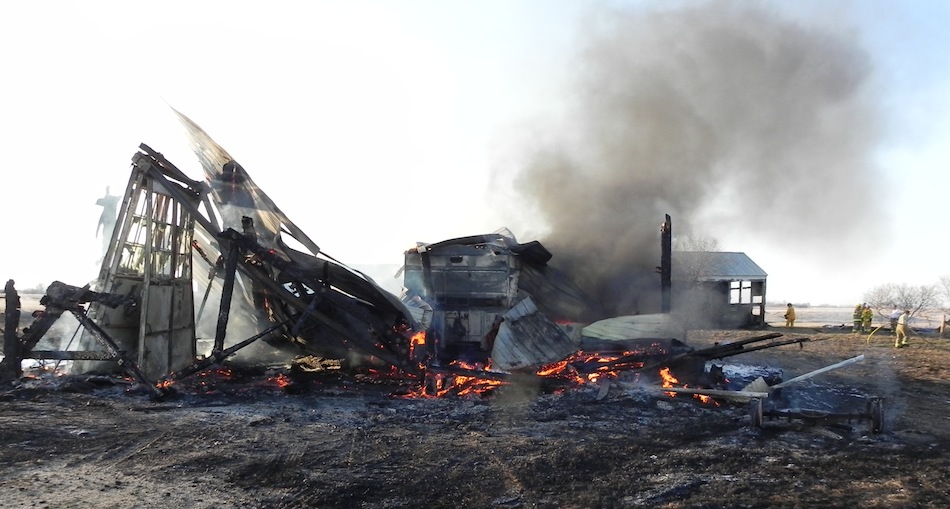 Two female youth have been charged in relation to a fire that destroyed a barn in the RM of Glenwood on Friday, May 9, 2014. (RCMP HANDOUT)

A barn in the RM of Glenwood has been destroyed following a fire Friday evening.

Manitoba RCMP were called to the property about 6.5 km north of Souris at around 7:30 p.m.

The barn housed a combine and was completely destroyed.

Two female youth from the area have been charged with mischief in connection with the blaze. They were released to their guardians and will appear in Brandon court on June 10.

No one was injured and damage estimates are not available.