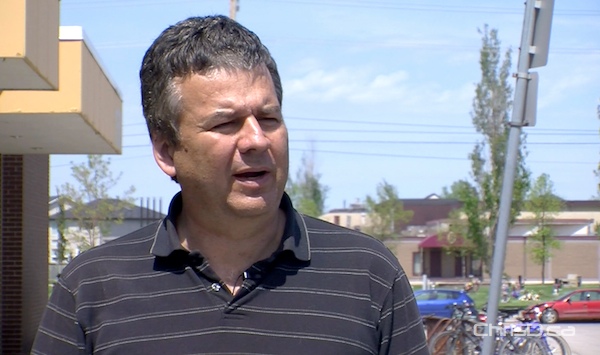 Ken Nawolsky, superintendent of the Insect Control Branch, updates media on the mosquito situation on Friday, May 30, 2014. (CHRISD.CA)

The city says some summer nuisance mosquito species have hatched in the water, and the first generation of the species will appear in the next three to five days, weather dependent.

“We had 33°C yesterday, so it really speeded up the larval development,” Nawolsky said. “The (summer) species are going to hatch a little earlier this year compared to last year.”

While mosquitoes haven’t fully emerged, residents may have noticed flying midges, which are non-biting flies that resemble mosquitoes.

Nawolsky added one of the main things homeowners can do to prevent mosquitoes from developing is to dump standing water on their property.