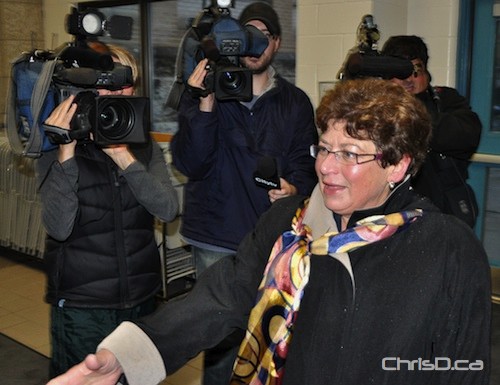 Former NDP MP Judy Wasylycia-Leis plans to run to be Winnipeg’s next mayor.

The now two-time mayoral candidate ran unsuccessfully in 2010 after Sam Katz was re-elected.

An invitation to supporters of Wasylycia-Leis was sent out via e-mail over the weekend, announcing a Tuesday news conference to make the announcement official.

Six candidates are now registered to run in the municipal election.

Katz hasn’t indicated whether he will seek a fourth term after first being elected in 2004.

← Previous: PHOTOS: Pride Winnipeg Parade Draws 10,000 Next: Walk on the Wild Side of Your Trip, Before You Leave Home →
Tags: Civic Election 2014 | Judy Wasylycia-Leis | Winnipeg