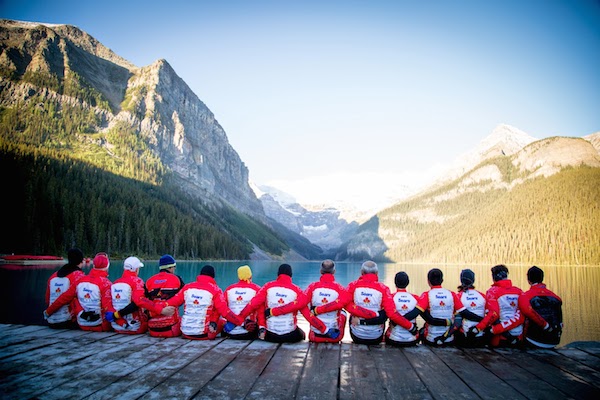 Cyclists riding across Canada to raise funds to battle cancer will be arriving in Winnipeg today.

Twenty-three riders on the Sears National Kids Cancer Ride departed White Rock, BC on September 4 to begin their 6,115 km journey to end in Halifax on September 20.

The riders are motivated daily by stories of local children affected by cancer including Paisley, a patient of CancerCare Manitoba, who was diagnosed with a brain tumor before her second birthday.

The ride is organized by the Coast to Coast Against Cancer Foundation and the Sears Canada Charitable Foundation. Proceeds from the event are shared with cancer agencies across Canada, including CancerCare Manitoba.

The public is invited to join the celebration by greeting the riders at Sears Polo Park beginning at 2 p.m. and are invited to take part in a fundraising BBQ by donation. Riders will begin rolling in at around 4:30 p.m.