Home » News » Fugitive Returned to Winnipeg After Decades in U.S.

Fugitive Returned to Winnipeg After Decades in U.S. 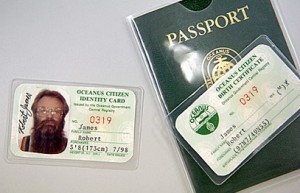 After 34 years on the run, a Winnipeg man will face justice after being convicted in a fatal motorcycle accident dating back to 1977.

Robert Fotti, 27 at the time, was charged after the van he was driving struck and killed a father and son on a motorcycle in the area of Border Street and Dublin Avenue.

Fotti was charged with dangerous driving and convicted on December 1, 1978, but fled before beginning his nine-month jail sentence after a failed appeal to the Supreme Court of Canada in 1980.

Winnipeg police say he fled to the United States and gained resident alien status, changing his name to Robert Fox. Extradition laws didn’t allow for Fotti to be returned to Canada when police had located him in the 1990s.

Fotti was later charged with tampering with government records in Jacksonville, Texas in 2008 and sentenced to do time. His alien status was revoked as a result.

Police in Winnipeg became aware of his release in July 2013 and began an investigation. Fotti fought deportation claiming not to be a Canadian citizen, but documents surfaced that proved otherwise and a deportation removal order was granted.

On Tuesday, members of the Manitoba Integrated Warrant Apprehension Unit travelled to the Emerson, Manitoba border crossing to arrest Fotti after he was transferred from Texas. He was taken to Winnipeg and remains in custody.

Fotti had been operating the so-called “House of Israel” in Jacksonville, Texas with a coconspirator and federal fugitive when he was arrested in 2008.