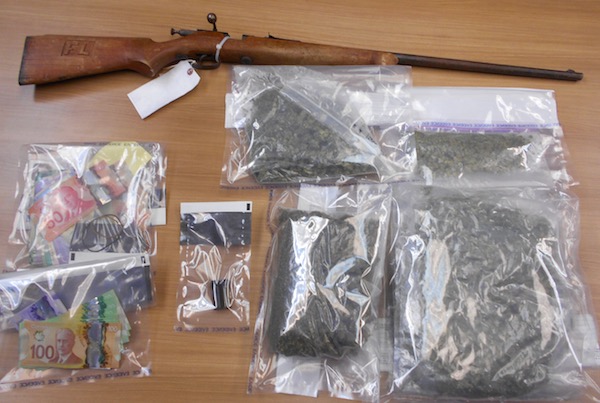 Drugs and a firearm seized in Dauphin, Manitoba on December 6, 2014. (RCMP / HANDOUT)

Two people are facing charges after a drug and weapon seizure in Dauphin, Manitoba.

RCMP executed a search warrant on a home in the community on December 6, seizing more than 1,000 grams of marijuana, approximately 80 grams of cannabis resin, a .22 caliber rifle and roughly $3,500 in cash.

Two people inside the home, Jason Derek Elder, 35, and Kristy Carmel Fehr, 32, were taken into custody.

Both have been charged with trafficking marihuana, possession of marijuana, careless storage of a firearm and possession of proceeds of crime.

Both suspects will appear in Dauphin on December 16.